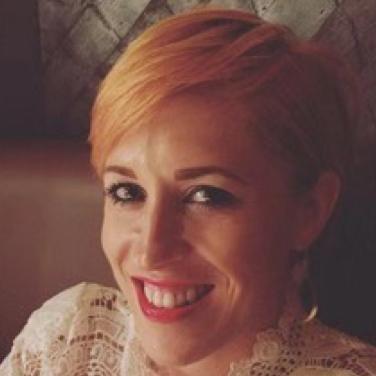 Karla began dancing at the age of 8 and turned Professional at the age of 21. She had immediate success winning the Australian Championships that same year and went on to win further National Championships throughout her career as well as achieving great results on the International dance circuit. Karla recently retired from competition in June 2018 after achieving one of her major goals, representing Australia in the Australasian Team at the British Open Blackpool Invitation Team Match. This is one of the biggest honours a competitive dancer can have! Karla had been constantly travelling overseas to further her own dance training and compete amongst the World’s best. She spent many years learning from the World’s best coaches and was under the guidance of 9 times World Champions Bryan Watson & Carmen.

Dancing as a competitor and passing on her knowledge and expertise to her students as a teacher has always been Karla’s passion. After many years of extensive travel, Karla is now home and based in Melbourne and is looking forward to the next chapter of her career, purely focused on teaching dancing to people of all ages and all levels and continuing to create new champions and share the joy of dance with as many people as possible. Karla has already achieved great success as a coach having trained the
current 2 time Australian Open Amateur Latin Champions as well as Australian & National Champions in the Youth Under 21 Open and Masters 1 Open Latin categories.